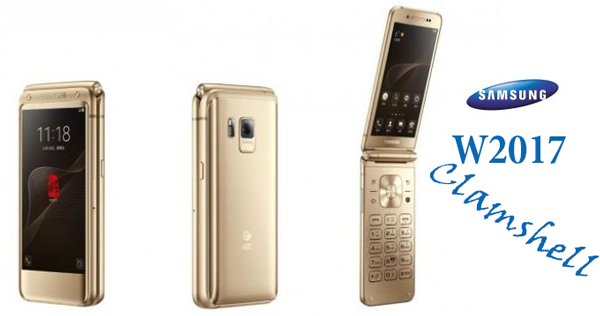 Last day in China Samsung announced an android flip phone, W2017 that is the successor of W2016 flip smartphone introduced last year. No doubt, flip phones were very popular in the beginning of 21st century. Those phones were based on Symbian OS but now these flip smartphones coming in mobile phone market with a new taste of latest famous OS, Android operating system by Google. Currently, this Samsung W2017 flip smartphone is only announced for Chinese mobile phone market but soon it will be available around the world.

The flip phones with a keyboard are also known as clamshell phones (firstly introduced by Nokia) because of a folding feature via a hinge. Samsung W2017  flip dual-touchscreen smartphone coming with all latest trendy specs:

The price of Samsung W2017 Flip Smartphone is yet not announced by the company but if we guess then it would be slightly high than Samsung W2016, that would be about $2500 to $3000 USD.

If you love ancient folded design cell phones then I think this smartphone with the trendy feature is made for you. We will keep you inform about this smartphone prices and specs time to time. So keep in touch to know more about folded smartphones around the world.