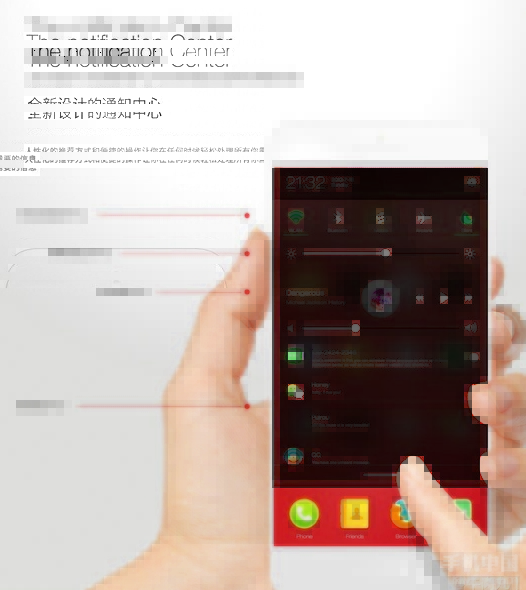 Pakmobileprice Technology News:Rumors about smartone ZTE Nubia Z7 circulate the web for over a year, but so far we have not heard any specific information about the future of the device. Finally the Chinese resource CNMO announced that ZTE‘s new flagship could be announced as early as March or April, while Nubia Z7 receive relatively large screen. It is expected that the diagonal of the screen will be 6.44 inches, like the Sony Xperia Z Ultra.

In addition, according to CNMO, Z7 can get a new GUI in minimalist design, which will be installed on top of Android 4.4 KitKat. The source also published a picture of the new Notification Center shell.