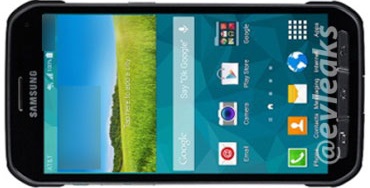 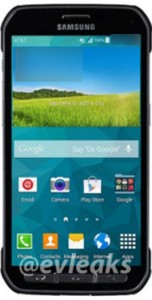 S5 Active images leaks at twitter @evleaks thanks to @evleaks.Samsung Galaxy S5 Active hot discussed on the internet in the past week.Now its images for AT&T version is leaked on twitter.This handset from Samsung is not yet launched in the smartphone market and it is expected that Galaxy S5 Active will be debuted in the coming days.This leaked image is no surprise at all.It comes right after a series of videos shared on the internet related to this unannounced cellphone from Samsung.[ads1]

We will update its Full specifications and review it as soon as possible after it launched in the market.