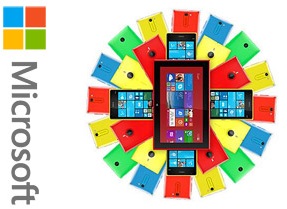 Deal done ! Now Nokia has just revealed the completion of the sale to Microsoft of “substantially” every one of its Devices & Services business by Microsoft. “Substantially” given that 2 manufacturing plants were left out from the deal– the Chennai factory in India, however also the Masan manufacturing facility in South Korea.[ads2]

The South Korean mobile manufacturing unit hire approximately 200 people, but Nokia will be shutting it down. The destiny of the Chennai factory is uncertain, but Nokia will be offering economic support to its teams so they are “check out chances outside Nokia starting from an audio monetary base”.
The deal received other changes too– the final price is expected to be a little above the initially revealed EUR5.44 billion due to a favorable change in net working capital and money earnings.

The management group that led Devices & Services at Nokia has stepped down and is relocating to Microsoft reliable today. This features previous CEO Stephen Elop, Jo Harlow, Juha Putkiranta, Timo Toikkanen and Chis Weber.
Nokia will make an additional announcement on April 29 (following Tuesday) to provide more information of the deal (most likely the destiny of the Chennai manufacturing facility and the final prices).
Read all Stephen Elop’s open letter right here. On Monday, Elop will certainly be responding to inquiries at the Nokia Conversations blog.
Permit’s play the renowned Nokia Tune one more time as we close this large chapter in mobile record.