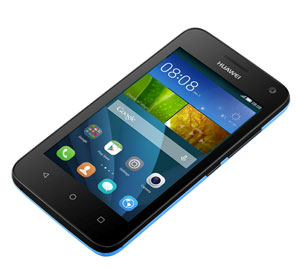 Huawei Y3 and Huawei Y5, Two Paramount Entry-level Smart phones : Huawei technologies, is going to launch two extraordinary entry-level smart phones, which have taken over the international market already and have now, landed in Pakistan. Huawei Ascend Y3 and Y5 would be available for Rs.8, 499/- and Rs.10, 999/- respectively with an amazing Zong offer of 6GB free internet for 6 months. 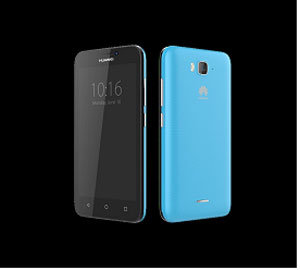 Heart throb of Pakistan’s young generation, Syra Yousaf and Shehroz Subzwari are endorsing these smart phones and they would be seen in the TVCs as well. These two high quality smart phones with not at all high prices contain almost all the features that an expensive Smartphone provides in beautifully colorful and elegant bodies. These elegant bodies of Y3 & Y5 have been intricately designed having patterned backs, which makes them scratch free, their smooth curved and Matte finish back covers makes them easy to carry around and use single-handedly.[ads2]

Huawei Y3 runs on Android KitKat 4.4 OS, Quad-core processor with 4GB ROM, memory that extends up to 32GB and it possesses a 4 inch full touch screen, which exhibits flawless picture colors. The camera of this gadget is also a major attraction for its users, 5MP rear and 2MP front camera which is capable of capturing bright pictures in low-light because of Dual Flash light and also instantly captures the moments with its fast shutter speed i.e. 1.2s. The battery of this Smartphone is also heavily loaded and backed up by Power saving technology, 1730 mAh, which allows it to run smoothly for long hours without the need of repetitive recharging. The UI is also very friendly and operates with ease because of the EMUI 3.0 Lite management system and this feature definitely enhances the customer’s interest, may they belong to any age category.[ads2]

Y5 smart phones also encases somewhat similar yet more advanced features, as it has a 4.5 inch full touch screen, Quad core processor and 8MP rear and 2MP front camera. This Smartphone possesses the EMUI 3.O Lite management system, which provides Multi-Themes and Magazine lock screen. Camera quality of Y5 is more dynamic than Y3, with it Panoramic Shots and bright pictures with Dual Flashlight can be captured and it also takes the snaps by detecting the smile. The shutter speed of Y5 is also 1.2s, allowing instant capturing of memorable moments, and keeping them safe and secured for long hours because of Y5’s 1G RAM and 8GB ROM and memory extendable to 32GB. The battery power is similar to Y3 i.e. 1730 mAh with Super power save technology, which has the capability to save 30% battery and keep its user connected to the world throughout the day without stressing him to recharge the phone often.[ads2]

Whether a customer buys Y3 or Y5, in the both the case he/she won’t be disappointed at all because these gadgets have a lot to offer to their users in a very economical price range. Huawei technologies have uphold their slogan “Building A Better Connected World” by manufacturing smart phones like Y3 & Y5 because such gadgets ensure that technology is within the easy access of people from all the walks of life.