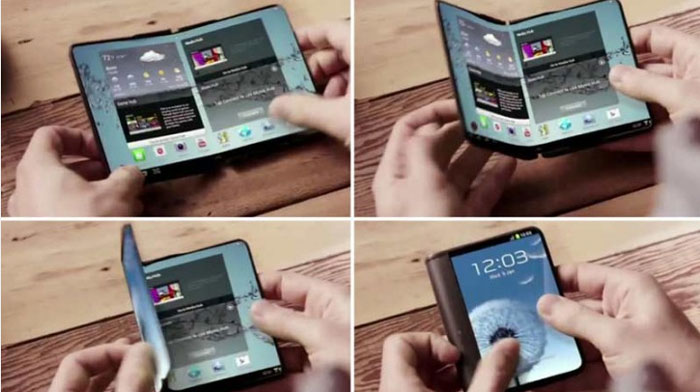 The Korean mobile phone manufacturing company Samsung, working nowadays for next generation folded smartphones those might be hit world smartphone market next year.According to latest report presented by a Korean website, Samsung starts producing big quantity folded OLED for its next 5 inches folded smartphone that will become a 7 inches tablet when unfolded.

As we know very well, smartphones industry is approximately saturated and now to keep the users with your brand is very tough. So for Samsung produced many users engaging smartphones by introducing latest and trendy features like bent display in Galaxy S6 edge and Galaxy S7 edge. It’s not enough for a top rated smartphone manufacturing company due to a large number of competitors around the world. That’s why Samsung trying something different to maintain its climax in the world market. Keeping in view this point Samsung now going to launch next generation folded smartphone in near future, hopefully in next year.

I don’t beat around the bush; From above cited statement of a company representative, it is clear that company will soon introduce folded next generation smartphones. Let’s wait a little bit and also keep visiting “PakMobilePrice.com”  for more information about this kind of technology related news around the world.