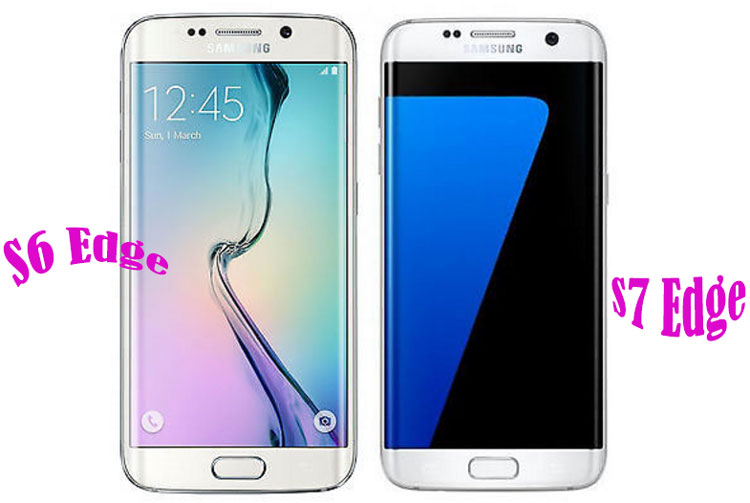 Mostly Samsung Galaxy users are curious about the latest mobile phones edgy trend. Now the trend is changing in the smartphone world. The edge screens becoming more and more popular. As we know  mobile phone manufacturing companies i.e: Samsung, LG, have already launched these kinds of smartphones recently. Thus, Samsung Galaxy users now have to decide whether to jump on new Galaxy S7 edge or stick with the previous bent screen Galaxy S6 edge. Before jumping to the new S7 Edge must review your requirements or the features you really want to be on the phone.

As we know Samsung Galaxy S7 edge is the newest smartphone at the moment. Galaxy S6 edge was released last year in the spring season and no doubt it is also most demanding smartphone till date. It does not mean that I am restricting you with S6 edge. The purpose of this article is just to help you whether or not you have to upgrade your smartphone based on some interesting features comparison based on user demands.

Are you conscious about Body and Shape?

The Samsung S6 edge smartphone is the most attractive and fashionable smartphone ever  made by the company. Its curved screen is little smaller than this 2016 galaxy model  S7 edge. The body dimension of S6 edge is (5.59 x  2.76 x 0.28 inches) that are little smaller than the latest Samsung S7 edge display(5.94 x 2.86 x 0.30 inches). The S7 edge also comes with many color variations like Silver, Gold,Black and white. The Galaxy S7 edge takes an edge over S6 edge due to its highly finished metal body that is more fashionable as compared to its predecessor.  But frankly speaking, there are no more differences between S6 edge and S7 edge.

Do you love latest OS and Softwares?

Then the Samsung Galaxy S7 comes with the  latest Android OS, Marshmallow but S6 edge yet not got its update of Marshmallow at the current date.  Moreover, S7 edge also brings a lot of latest and trendy features with it like myriad advance settings, TouchWiz,extra security feature from Samsung as KNOX, Game Launcher and Samsung Pay that is similar to Apple Pay. All these specs are missing in previous year Galaxy series smartphones. It means if you love new and awesome features, then Galaxy S7 might be your next smartphone.

Do you want a waterproof and dustproof smartphone?

If yes, then you will be happy to know that Galaxy S7 edge has all these features. It is IP68 certified, mean it is dustproof and waterproof as well. It’s not meant that this smartphone is a rugged phone, but it can remain safe in water for half and hour. The Galaxy S6 edge lacks these kinds of water damaging features. According to the latest research in U.S.A, millions of cell phones damaged due to moisture and water and companies not cover water damage, but Galaxy S7 edge now can handle very well due to its waterproof feature. Due to these handy and safety features, every one prayer go with S7 edge.

Do you love to capture nature scenes or live events?

If you already own a Galaxy S6 edge, then you also aware of its amazing camera capabilities. You already know that Samsung S6 edge has a 16MP rear camera and 5MP front facing the camera. It also includes some extra features like heart rate monitor and an infrared blaster that makes your phone as a remote for your TV.

But Samsung S7 edge has a low megapixels camera as compared with the predecessor, but with the high-quality image capturing quality even in the very low light. Samsung  introduced dual pixel technology in this smartphone. The Dual-Pixel technology makes it 4 times speedier than that of S6 edge.  Due to these advanced features, S7 edge capture live events very clearly as compared to S6 edge. Thus, S7 edge is the winner.

Do you love long battery life?

Yes, definitely smartphone battery really matter in the modern era. Keeping  in minds, the needs of 3G & 4G technology supported smartphones battery consumption now mobile phone manufacturing companies not only increasing the capacity of the battery but also introducing new features and software those might decrease the power usage.  The Samsung Galaxy S7 comes with a 3600mAh battery that has 1000mAh more power than that of S6 edge. Moreover,  S7 edge latest Android OS, Marshmallow also famous for its power saving features. That’s why we can say that S7 edge is a long lasting smartphone as compared to Galaxy S6 edge.