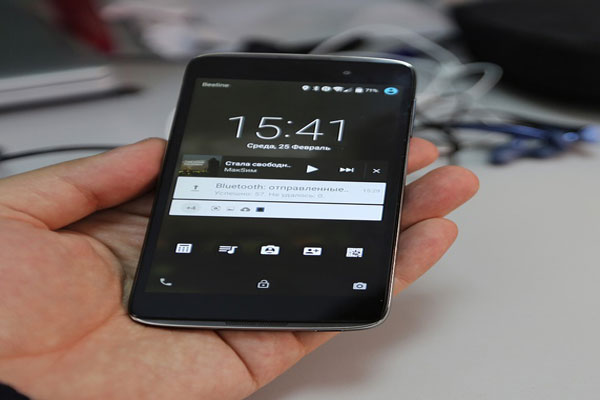 In 2015, Alcatel decided to completely change their positioning devices to abandon countless models named Idol and do in this line only two devices – one with a diagonal of 4.7 inches, the second screen of 5.5 inches. The analogy with Apple suggests itself, the company is also at the same time brought to market two devices with different diagonals (in Alcatel they are the same, which reinforces the association). Thing of the past such devices as Idol Mini, Idol X and so on. It is a necessity for Alcatel – need to focus on the best deals, make them understandable to consumers and not wasted on a lot of similar devices. 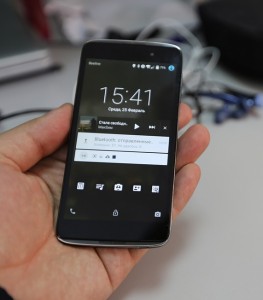 Model Idol 3 should be the optimal solution in terms of price / quality, good performance, there is an additional feature in the form of high-quality speakers JBL, good screen and inside the Android 5. The last few years the Alcatel good in terms of both functionality and design. Manufacturer creates them for the mass consumer who is fond of the brand, and wants to use the phone as long as possible, until it breaks.Model Idol 3 in its price segment can become a very interesting proposal that has every chance of a successful sale.

Externally, it is usual and customary Alcatel, feature is that the screen is a little favor, and on both sides of it are speakers from JBL. They are small, but loud and clear. Interestingly, this is one of the few vehicles in which two microphones combined with speakers, you can take the phone as you like, even upside down, it does not matter. The only element that is not paired, a front camera (5 megapixels).

Diagonal 4.7 inch, HD-display resolution and True Color as color profile, it almost does not affect the perception of the ISP-screen. Adjust the backlight settings are typical, there is no problem. Good, quality, but does not stand out among the other display. For an inexpensive device is a typical solution.The device is able to work a full day under normal load. Battery capacity was unknown until the publication, but would suggest that it is about 2000 mAh, goes something like this on the basis of all the signs. Not much, but a day of work – quite a good time under load. Two days with moderate use.The device 2 GB of RAM, built-in 16 GB (7.2 GB available to the user for their files, plus a small piece of the system memory), you can install a memory card of up to 128 GB.[ads2] 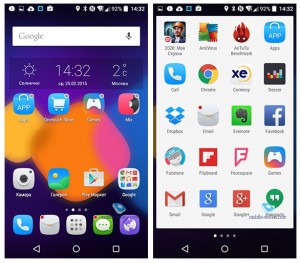 Inside stands quad Snapdragon chipset 410, the choice is clear on the basis of the cost of the device, not the record for performance, but a good solution with support for LTE.In Alcatel trying not much change the standard Android, but still bring their changes, including the top five. If Hero 2 at a small square icons appear miniokoshko, here in the circle icon and the window opens more. Want to uncover the entire application – click on the button again.In this apparatus, Android 5.0.2, a release may be 5.1. In Alcatel redesigned interface standard, but not much. Some people may not like it. The phone has FM-radio, a set of functions is typical.Everything else remains traditionally – there is a program to synchronize and backup data, a DJ stand in a separate pre-program.