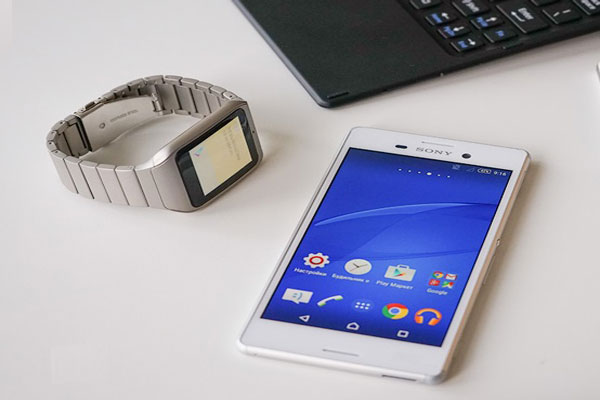 March 2015 latest Mobiles and as at Sony sees apparatus middle segment an interesting design, protection from water, support for LTE (and there is a version with two SIM-cards), five-inch display. Worthy sequel to Sony Xperia M2 Aqua.The device is very similar to the Sony Xperia Z3. If you are familiar with the line Sony, then find differences in seconds is not difficult, but if not, it will not work. It seems to me to use the same design for different devices is not necessary – Z3 Z3 Compact and very different, but they have something in common, you can fall in love with something, and the other device. And here at M4 do not have a face, it’s another smart phone Sony, nothing more. On the other hand, on their own cell phones Sony have a good appearance compared to a lot of other devices based on Android. So that fans sonystyle machine rather like it.

Insert and corners of plastic. At the top end – 3.5 mm jack on the left – open and microUSB plug on the slot for cards microSD. Have you noticed that the connector for charging open? Yes, now there is no magnetic charge, but the device is still protected from water, can be submerged to a depth of one meter for an hour, after the sea it is necessary to wash the unit in fresh water. do not forget about it. Rear panel made of plastic, there are area NFC, the main camera and flash. There is a separate button for shooting, the power button is traditionally decorated, and let it always will be.[ads2] 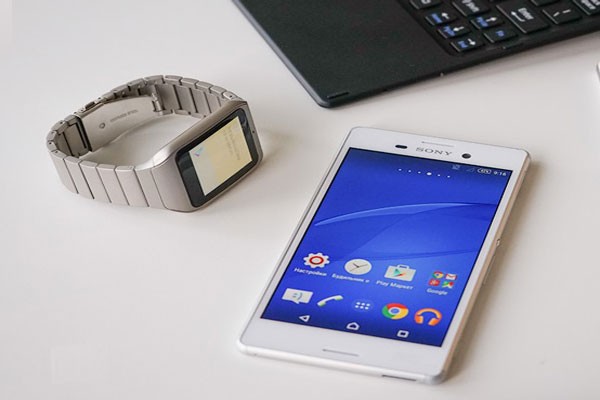 The device will be available in three colors: black, white and crimson, looks very cool. In his hand is a good smartphone, dimensions are 145.5 x 72.6 x 7.3 mm, weight – 140 grams. Use map nanoSIM, the market will be such a device with two SIM-cards – used one radio.The Sony say that the M4 Aqua – the world’s first smartphone with Capless USB. That is, an open USB port and the degree of protection IP68. Analogues do not exist.

Diagonal IPS-display – five inches, resolution – 1280 x 720 pixels, a good viewing angle, brightness, impression of the screen is quite normal.The device will come with Android 5.0, and the “android” There is practically naked, repainted some icons have their own programs, wallpapers, but there were no shells. Used platform Qualcomm Snapdragon 1.5 GHz 615 4 * 4 * CortexA53 + 1GHz CortexA53, eight-processor clock speed (the first smartphone from Sony 64-bit architecture) – up to 1.8 GHz, with the Adreno 405 video answers, supported by LTE, Bluetooth 4.0, WLAN 802.11a / b / g / n / ac. Plus 2 GB of RAM and 8 GB preloaded memory odnosimochnogo options, 16 GB for the device with two SIM-cards can be expanded using a slot microSD. For the middle class quite well, let’s see how it will work in practice. 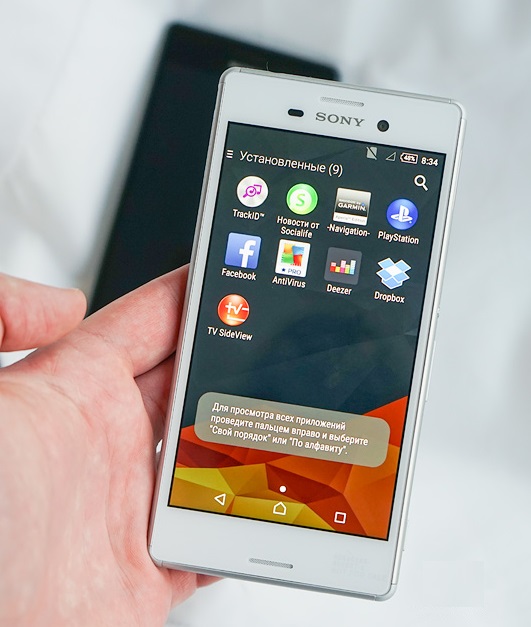 Fitted with a battery capacity of 2,400 mAh, supported by fast charging technology. It supports all branded energy-saving technologies, it Stamina and Ultra Stamina, the company says that the M4 can operate up to two days without recharging.

Main camera 13 megapixel with all typical for Sony effects, including AR Effects, when the screen dorisovyvat various elements, glasses eyes, caps and so on. The front camera of 5 MP with a diagonal, wide-angle, sharpened specifically for creating self. It is in the spirit of modern trends. 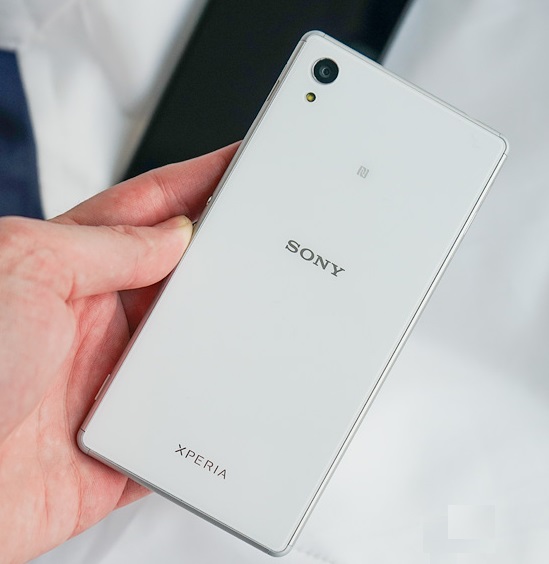 A little boring, right? The Sony went on tactics, which began with the appearance of Sony Xperia Z – the flagship for each exhibition. About the way it was in the past, but now we will see in Barcelona Sony Xperia M4 Aqua, a middle segment, an interesting tablet Sony Xperia Z4 Tablet, accessories, novelties audio-video equipment, maybe there will be no such significant announcements. When the wait Z4 – here is the question appears in people? I think it will happen in the fall, at IFA. And I want to believe that the company deliberately moved the date of the announcement to show the public something really interesting. 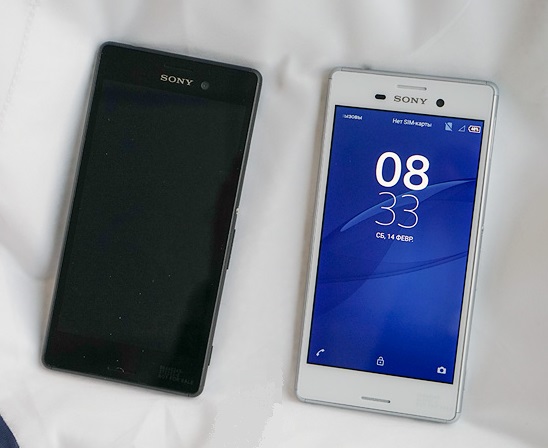 Summarizing about Sony Xperia M4 Aqua – interesting device in its segment for many will be especially curious version with two SIM-cards and support for LTE. The smartphone will be available in the second quarter, I think the price will be about 18000 rubles.For the money quite well. Sony Mobile Phones Prices