Best android phones:Huawei P8 and Samsung Galaxy S6-A Review. Huawei has launched its new P8 smart phone, which carries a very classy and elegant design and its specifications are capable enough to stand up to any competitor flagship device available in the Market.

The most prominent flagship smartphone available in the market right now is Samsung Galaxy S6 and Huawei has most certainly posed a challenge to Samsung with P8 in many aspects. Both the brands have aimed towards providing improved looks and camera but still there are certain differences between the two that will make you move from one to the other. Here is a comparison between the specs of these smart phones:[ads2]

Huawei has designed P8 keeping in focus the current design trends, featuring a sleek uni-body design and Samsung has given S6 a metal frame with a glass back. Both devices are very attractive and give very premium feel. Samsung has designed S6 as such that the option of removable battery and expendable storage has been removed whereas P8 keeps a microSD slot, allowing users to increase the smart phone’s capacity if need be. 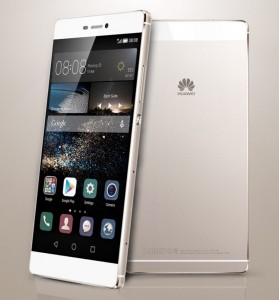 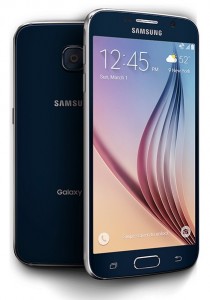 Both smart phones, S6 and P8, provide bigger than 5 inch screen display with S6 featuring 5.1 inches and P8, 5.2 inches screen. But if we consider the screen resolution than Samsung has equipped S6 with 1440×2560 pixel resolution and Huawei’s P8 has 1080×1920 pixels resolution. Keeping in consideration the cost of Huawei P8 in comparison of S6, you won’t feel that about Huawei not adding more pixels to its screen although S6’s screen does look great.

Now let’s have a look at the processor, both technology giants have resorted to using their own software instead of taking it from Qualcomm. S6 and P8, both use arm-based 8 core processor though the technical basis and clock timings are slightly different.

Samsung’s Exynos 7 processor offers eight cores and a processing speed of up to 2.1 GHz whereas Huawei’s P8 has its Kirin 930 SoC, also clocking it around 2 GHz.[ads2]

These technology giants have taken a different approach with regard to the storage capacity these gadgets, S6 and P8 would provide. Samsung’s S6 provides 32 GB, 64GB or 128GB while P8 has 16GB or 64GB of storage but obviously the buyers of P8 can expand the P8’s storage up to 128GB by using MicroSD card, a facility which is not available in S6 although it should have been added in S6 as 16GB for a high-end smart phone is not enough. The RAM of these devices is 3GB which is aptly capable of efficiently handling day to day tasks with any hurdles.[ads2]

Upgrading the camera of a smartphone is most certainly one way of making your users believe that the latest device is more advanced and improved. The main cameras of S6 and P8 are same as their predecessor’s camera i.e. 16MP of S6 and 13MP of P8 but the up-gradation that has been made in the features attached to these cameras is worth noticing. Features such as optical image stabilization and efficient working in low light (feature of P8) are certainly effective and are seen in many smart phones now days. The camera of Huawei P8 has additional qualities like professional features equipped in it, gives it an edge over Samsung.

The front facing camera of P8 is 8MP and S6 is 5MP, so obviously Huawei is going to be more popular among those who are selfies lovers and are consistent users of video chatting.

When it comes to the costs, Huawei P8 is lot cheaper than S6, which is not a surprise, as Huawei has a belief that it should work on and build a stronger brand before putting its more expensive devices on sale. So, it is more likely that Huawei sales would go higher among budget conscious class although this can be also possible that people would go for Samsung S6.