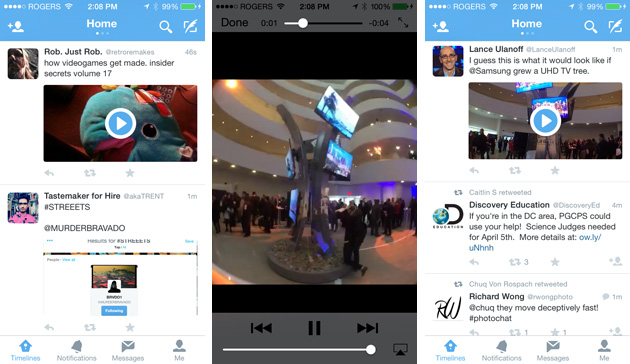 Video Review by Twitter now on Mobile Apps: As most peoples now a days habitually  watch videos instead or reading.That’s why according to latest trends now Twitter (a very famous Social Media Network) now launch video reviews on its user timeline in mobile apps.These videos previews available both on its “Android and iOS apps“.as shown below:

If you have recently update your mobile app then you can see video clips thumbnails on your timeline.You should tap the footage to watch video in twitter app.