Microsoft continues the strategy and continues to focus on ways to get mobile versions of their products beyond Windows Phone universe. An agreement with Samsung is the latest proof of that.[ads2]

In the next tablet on the market by the Korean manufacturer customers will find OneNote, Drive One or Skype, confirmed on Monday the owner of Windows, which leaves out the agreement other popular products such as productivity applications, which includes Word, Excel or PowerPoint. The agreement was announced by Microsoft, which for now does not provide details on the devices that are going to include their applications. It refers only to the agreement applies to “a set of selected products”. It turns out, however, that the partnership goes into effect during the first half.

Enterprise customers who purchase the Samsung devices will also be able to buy directly from the manufacturer the company’s productivity suite, Office 365, which will be marketed with the Samsung’s security service, the Knox. It is recalled that in Barcelona the two companies had already put forward that the new Galaxy S6 will integrate the same applications that will now be extended also to the line of tablets. 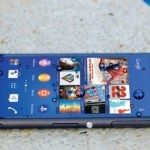 Smartphone Sony Xperia Z4 Will Be Announced in 2015 MWC