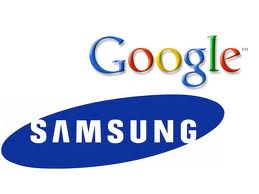 Samsung and Google have officially announced that they have signed an agreement for a period of 10 years to share the other’s patents in its possession.

We are delighted to have agreed to this mutual sharing of patents with our partner Samsung. Working together in similar agreements, companies can reduce the potential causes and focus instead on innovation. – The Allen, Deputy General Counsel for Patents to Google.

This agreement covers existing patents of both companies, but also all those that will be filed in the future . This also means that Samsung and Google cooperate increasingly regarding research and development of current and future products and technologies .

In short, it seems that both have something to gain from this deal : Google found a mountain of patents to protect themselves from possible causes ( the real reason why he had bought Motorola, originally ), while Samsung will cooperate with Google in the development of new technologies ( the ‘Korean company is still interested in the production of wearable devices, for example ) and in the improvement of its existing products .

According to you, who benefits more in this deal?