Warning: Use of undefined constant SINGLE_PATH - assumed 'SINGLE_PATH' (this will throw an Error in a future version of PHP) in /home/pakmobil/public_html/wp-content/themes/news-pro/lib/pakmobile_functions.php on line 9
 Nokia has announced smart phones Asha 500, Asha 502 and 503 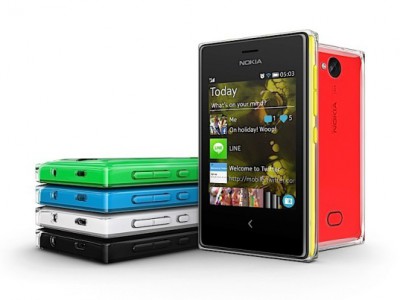 Despite the fact that Nokia is a major manufacturer of devices for Windows Phone, the company does not forget about their own development in the budget segment. At a conference in Abu Dhabi presented the new smart phones from the 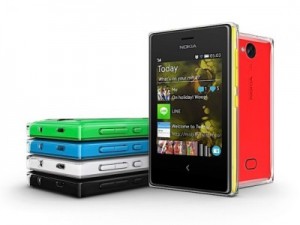 [heading class=”mobileprice”]Their main feature will be the low cost – 69, 89 and 99 dollars respectively.[/heading]

All three devices are powered by Asha – own software Nokia, specially created for budget devices. The company has updated user interface, adding gestures and control advanced settings for better personalization. An interesting feature of all three smartphones is the case: the device covered with a thick layer of transparent plastic, which gives the original look and protects from minor injuries. Will be available in the following colors: red, green, yellow, blue, white and black. 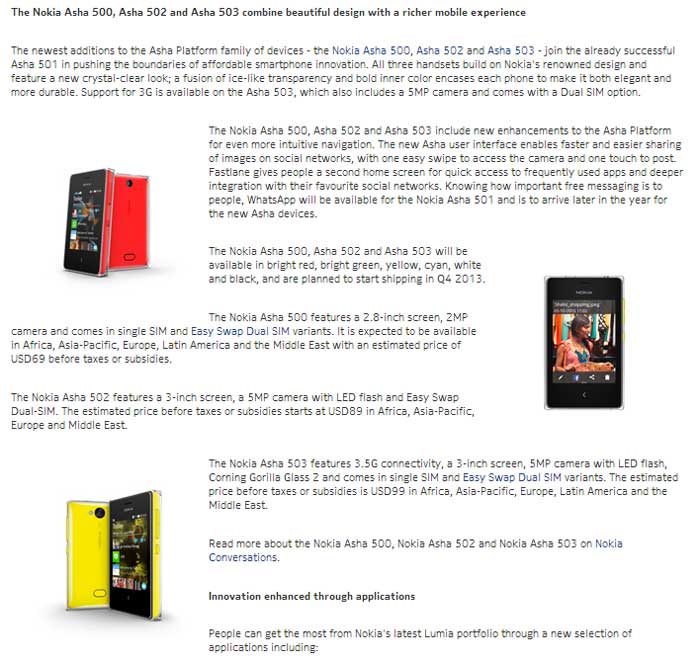