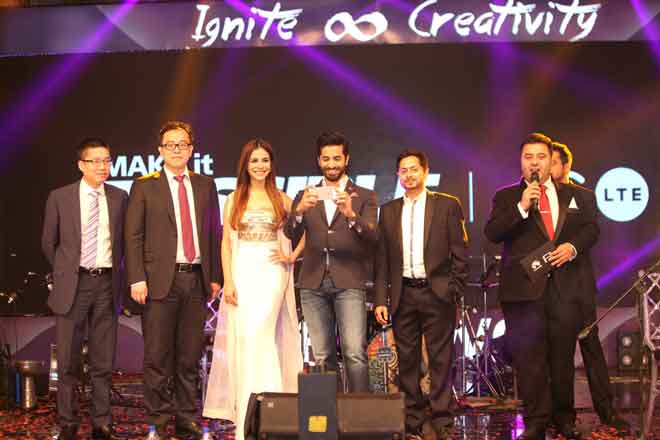 The smartphone inspires “Fashionology” – a blend of Fashion & Technology.

Huawei has launched its most awaited Smartphone – Ascend P8 in an exciting and glamorous event at Lahore. The colorful ceremony was attended by Top notch media persons, celebrities, designers, socialites and many renowned bloggers.

The event was chaired by Huawei’s CEO – Aragon Meng, along with the Device Marketing Director – Bruce Fanhong and the Country Marketing Head – Fraz Malik Khan.[ads2]

The Brand Ambassadors of Huawei in Pakistan – Sheheryar Munawar Siddiqui and Humaima Malik also adorned the event, as the famous fashion Icon – Zara Peerzada hosted the show along with Fahad Sheikh. Ali Zafar, Ali Gul Pir and Ahmed Ali Butt enriched the event with their breath-taking live performances, energy and aura. The crowd was thrilled to witness a catwalk exhibition of Maria B’s latest collection, along with the sensational music of Asrar’s famous song “Ishq Hawa Main”.

Mr. Aragon Ming, CEO Huawei Pakistan expressed his views: I am grateful to have such hard working team and partners working with Huawei. I am happy to announce that Huawei is in the list of top 5 R&D spenders and comes in the list of top 100 global brands

Mr. Fraz Malik Khan gave a detail presentation on some unique & fabulous features of P8 and also introduced Huawei Talkband B2.  Huawei Talkband B2 is a powerful gadget which keeps you updated wherever you are and whatever you’re doing, with the help of on screen notifications, reminders, alarms, tracking and monitoring. [ads2]

The P8 has a camera that inspires the users to unleash their creativity with a cutting-edge “Light Painting” feature, enabling the users to create mesmerizing light patterns during photography in a dark environment. The “Light Painting” feature allows you to sketch light-tracks in the air, using any light or fire, for creating spectacular and unique shots by using the night as your canvas.  This feature was creatively presented at the event by the Top Pakistani calligraphic artist – JZ Amir, who specially flew in from Dubai to inspire the audience with his light calligraphy pictures and photographs which were taken from Huawei P8 camera in different areas of Lahore.

The “Director Mode” enables you to connect up to 3 additional Android devices to the P8, to record mesmerizing, multi-camera shots, making your personal videos appear like highlights from a professionally directed flick. Abdullah Harris had specially prepared a video using the Director’s Mode and featuring the model Syeda Imtiaz, to be showcased during this event. 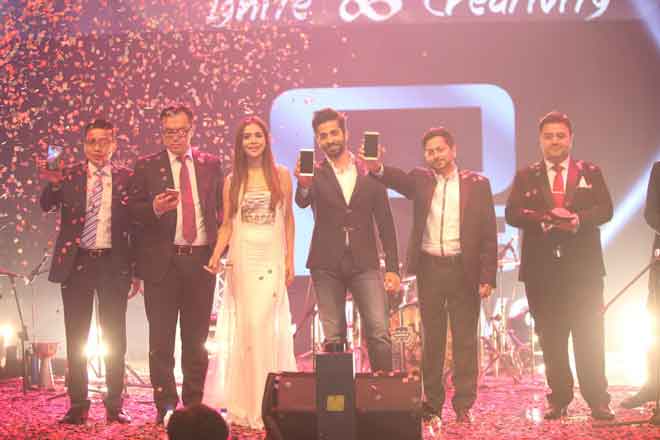 Another pioneering feature; “FIND MY PHONE BY VOICE” allows the user to easily find their misplaced P8 device, by simply calling out the device’s name. Moreover, the revolutionary “Knuckle Sense technology” allows the P8 phone to capture screen-shots and crop content, simply by Double-tapping the screen with a knuckle. The Huawei P8 is also the first ever Smartphone in the world to come up with an optional 4.3 inch, E-book feature, similar to the popular book-reading device called “Kindle”.