HTC One M9 hit Taiwan market today. As we know that Taiwan is homeland of HTC’s that’s why company introduce first from his homeland as HTC M9 comes in market today. HTC One M9 coming with two variants, 32GB and 64GB. This handset with Grey, Golden and Silver colors.In amber gold color HTC One M9 will come later, may be in April first week.[ads2]

Key features of HTC One M9 with 32GB memory are

Full Specifications of HTC One M9 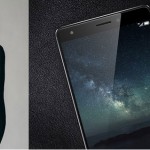