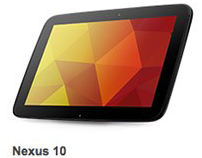 Week was rich in rumors and leaks about the smartphone Google Nexus 5. Earlier this week, the network “leaked” the detailed specifications of the new Nexus, partly already known to us from past leaks. The device is based on the Snapdragon chipset 800, has 2 GB of RAM and 16 GB of internal memory. Screen Size 4.97 inches with a resolution of 1080p, which gives 442 ppi. The weak point of the device can be camera – its resolution of 8 MP and, most likely, it will not be an optical stabilization.[ads2][ads1][ads2]

And in the new batch of rumors reported and estimated date of the start of sales – 30 October this year. This day can also be considered a day of debut Android 4.4 KitKat and maybe start selling the tablet Nexus 10[ads2]