Huawei has decided to turn the ending of 2015 into a marathon of its new smart phones. These smart phones range from low to mid to high-end categories which ensures that each and every Huawei customer gets his own preferred device. The versatility of the Huawei smart phones is now a well known fact. This brand delivers the best devices which cater to the needs of the people from all walks of life. The Honor series smart phones launched in Pakistan by Huawei have certainly grasped the interests … END_OF_DOCUMENT_TOKEN_TO_BE_REPLACED 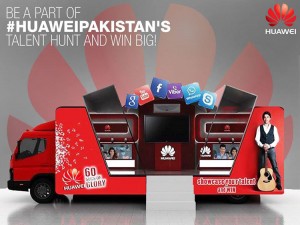 Huawei is all set to hit the roads of different cities of Pakistan to engage with the interesting people on the streets and in famous educational institutes. On this journey Huawei would take with it, an eye- catching vehicle, the Float. It would trail along two pre-decided tracks running through numerous cities. The Brand activators would set out on two routes on two separate vehicles and along with their Float crew would make stops in different cities, ranging from Sheikhupura to Kohat and … END_OF_DOCUMENT_TOKEN_TO_BE_REPLACED 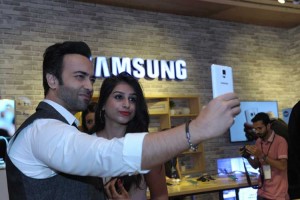 Samsung Pakistan had recently collaborated with the ‘Pakistan Fashion Design Council’ to orchestrate the ‘Bridal Couture Week 2015’ (BCW) in Lahore. This brilliant show featured the latest trends in classy bridal fashions. A unique highlight of the event was an enchanting ‘Samsung Galaxy Lounge’, where Pakistan’s biggest creative icons, showbiz stars and accomplished designers could get a hands-on experience of the revolutionary new Galaxy Note5 and the S6 Edge+ devices, designed to nurture … END_OF_DOCUMENT_TOKEN_TO_BE_REPLACED

Samsung Pakistan has opened another “Experience Zone” in the Fortress Square Mall, Lahore. The Inauguration Ceremony was conducted on 4th September and Samsung’s MD, Mr J.H. Lee was also present at the ceremony. He inaugurated the Experience Zone and spent time at the venue, conversing with the visitors and explaining to them wonders of different Samsung’s quality products. At the Opening Ceremony, different fun activities were also conducted to engage the visitors and two winners got Samsung … END_OF_DOCUMENT_TOKEN_TO_BE_REPLACED 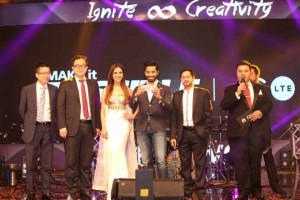 The smartphone inspires “Fashionology” – a blend of Fashion & Technology. Huawei has launched its most awaited Smartphone – Ascend P8 in an exciting and glamorous event at Lahore. The colorful ceremony was attended by Top notch media persons, celebrities, designers, socialites and many renowned bloggers. The event was chaired by Huawei’s CEO - Aragon Meng, along with the Device Marketing Director - Bruce Fanhong and the Country Marketing Head - Fraz Malik Khan.[ads2] The Brand … END_OF_DOCUMENT_TOKEN_TO_BE_REPLACED

The 2015 flagship smart phone from Huawei launches across the region A new era of smartphone technology becomes available to the Pakistan market today as Huawei launch the P8. Once again redefining the smartphone industry, the Huawei P8’s exciting features, cutting-edge technology, durability and sleek design allows consumers to ignite their creativity.[ads2] Building on the rich heritage of the P Series, the Huawei P8 takes beauty to the next level, striking a perfect balance of artistry, … END_OF_DOCUMENT_TOKEN_TO_BE_REPLACED

Lahore: June 01, 2015:- Most of the mobile phone manufacturers have released new products this quarter. Samsung has revealed their Flagship device S6, Apple also announced that they would be start selling Apple Watch to Chinese market. Huawei after successful launch of P8 internationally; it’s being heard that this mobile is going to hit Pakistan market very soon. P8 is having great features and could be a big threat for Samsung.[ads2] Huawei P series impressed users a lot in terms of their … END_OF_DOCUMENT_TOKEN_TO_BE_REPLACED

Rivo Mobile - A New Mobile Phone Brand of Advance Telecom that is well known as a distributor of all famous mobile phones brands like Nokia, Huawei, Microsoft and Sony. Company Introduction: Rivo Mobile official slogan is "CRAFTED TO DELIVER BEST" and company Mission statement is as follow: The world is changing all around us. To continue to thrive as a business over the next ten years and beyond, we must look ahead, understand the trends and forces that will shape our business in the … END_OF_DOCUMENT_TOKEN_TO_BE_REPLACED

Mobile Phones Carrier trends inceasing now after the announcement of Apple's iPhone 6 & iPhone 6 Plus from all famous Pakistani telecoms companies i.e: Mobilink,Ufone & Telenor Yes it is true now in Pakistan after the launching of 3G and 4G technology all telecommunications companies of Pakistan now competing and attracting its users by giving different packages as well as handsets offers with free internet bundles.  Ufone and Telenor has already announced latest Apple's iPhones … END_OF_DOCUMENT_TOKEN_TO_BE_REPLACED 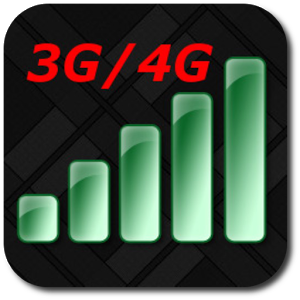 [ads1]According to PTA (Pakistan Telecommunication Authority) official 3G,4G licence bids received surpass expectations as 4 mobile phone companies Mobilink, Zong, Ufone and Telenor submit their bids for 3G,4G technology licence as auction is going to be held on 23 April 2014. Moreover,official of PTA added a statement,he said "had there been bids of lower than anticipated amounts,there would have been no need for an auction".As its prior announced by PTA that price for 3G licence is $295 … END_OF_DOCUMENT_TOKEN_TO_BE_REPLACED